When We Cease to Understand the World by Benjamin Labatut

Albert Einstein opens a letter sent to him from the Eastern Front of World War I. Inside, he finds the first exact solution to the equations of general relativity, unaware that it contains a monster that could destroy his life’s work. The great mathematician Alexander Grothendieck tunnels so deeply into abstraction that he tries to cut all ties with the world, terrified of the horror his discoveries might cause.

Erwin Schroedinger and Werner Heisenberg battle over the soul of physics after creating two equivalent yet opposed versions of quantum mechanics. Their fight will tear the very fabric of reality, revealing a world stranger than they could have ever imagined. Using extraordinary, epoch-defining moments from the history of science, Benjamin Labatut plunges us into exhilarating territory between fact and fiction, progress and destruction, genius and madness.

God does not play dice with the world, Albert Einstein famously declared, to which Benjamín Labatut would surely retort: perhaps not – but the devil does. In fact, Einstein himself had a lifelong minor doubts about mathematics, the discipline that we suppose keeps the Lord away from the gaming tables. How is it, he wondered, that an intellectual tool invented by humans can comprehend, account for and even manipulate so much of objective reality? That the physical world should be amenable to something we made up seemed to him suspect.

Is it perhaps that we register only as much of the world as our figurings can encompass? Wittgenstein had already conjectured that the limits of our language are the limits of our knowledge; could this be the case also, but more radically, with mathematics and the branches of science on which it is based? We see only that which we are capable of seeing: how much is beyond us?

About quantum mechanics, the development of which was as bold and momentous a feat as the formulation of the theory of general relativity, Einstein had more than a doubt – he loathed it, refusing to accept a version of physics that replaced Newtonian certitude with a haze of probabilities. He spent the last 30 years of his life attempting to bring about a synthesis that would transcend quantum theory, and failed. Outlandish hypotheses put forward in the late 1920s by Werner Heisenberg and Niels Bohr, the originators of the Copenhagen Interpretation of how atoms work, today underpin the science that guides the exploration of the farthest reaches of space and the workings of the mobile phone in your pocket.

Books of popular science usually celebrate the wondrous achievements that applied mathematics has wrought in the realms of physics, chemistry and cosmology. Labatut, born in Holland and resident in Chile, will have none of it. When We Cease to Understand the World (translated by Adrian Nathan West) is his ingenious, intricate and deeply disturbing “work of fiction based on real events”, though it might have been better to call it a nonfiction novel, since the majority of the characters are historical figures, and much of the narrative is based on historical fact.

Towards the close of the book we are introduced briefly to the narrator’s neighbour, whom he encounters on his nocturnal strolls with his dog and whom he refers to as “the night gardener”, because he tends his plants when they’re asleep and won’t be distressed by his interfering with them. It is to this mysterious figure that the narrator – or Labatut, since the two seem synonymous – gives the last, alarming, word. For the gardener, sums are the root of all contemporary evil: “It was mathematics – not nuclear weapons, computers, biological warfare or our climate Armageddon – which was changing our world to the point where, in a couple of decades at most, we would simply not be able to grasp what being human really meant.”

The first section of Labatut’s book moves at a dizzying pace. He begins with a guided tour of a chamber of horrors in which we encounter some of the more diabolical inventions prompted by two world wars, and are introduced to a blur of real-life characters including the drug-raddled Hermann Göring, who crushed a cyanide capsule in his mouth to avoid the hangman’s rope; the father of computing, Alan Turing, who is reputed to have killed himself by biting into an apple he had injected with the same poison; Johann Jacob Diesbach, the inventor of Prussian blue, the first modern synthetic pigment and the basis of cyanide; and the alchemist Johann Dippel, who may have been the model for Mary Shelley’s Frankenstein.

The real villain here, however, is the chemist Fritz Haber (who died in 1934), who directed the programme of poison gas attacks that killed tens of thousands of soldiers in the first world war, an accomplishment that drove his disapproving wife to suicide. Haber also discovered how to harvest nitrogen and make the fertiliser that saved the hundreds of millions of people who would have died in worldwide famines at the beginning of the 20th century. All the same, in the end he was overwhelmed by guilt, “not,” Labatut writes, “for the part he had played … in the death of untold human beings” – yes, the generally fine translation does wobble in places – “but because his method of extracting nitrogen from the air had so altered the natural equilibrium of the planet that he feared the world’s future belonged not to mankind but to plants”.

After this hair-raising opening we are launched into somewhat more tranquil regions of spacetime, where float more familiar characters such as Einstein and other 20th-century physicists and mathematicians, and the narrative pace slows as the booster rocket that was the first chapter falls away.

One of the most impressive aspects of the book is the wonderfully intricate web of associations that it weaves. The mathematician and soldier Karl Schwarzschild solved the field equations in the theory of general relativity in 1915, the same year Einstein published them. Einstein was astounded to receive his letter containing the solution, and soon replied to it; however, Schwarzschild was already dead, of an obscure disease which was possibly the result of his having been caught in a gas attack in the trenches …

One of the consequences of his solution was the “Schwarzschild singularity”, an early name for the phenomenon we now know as a black hole. From the abyss of war he had written to a friend: “We have reached the highest point of civilisation. All that is left for us is to decay and fall.”

Next we meet, or are confronted with, two of the greatest mathematicians and strangest human beings of our time. The Japanese Shinichi Mochizuki invented a new kind of mathematics; a fellow theorist said of one of his papers that he felt that it had come from the future. Mochizuki achieved fame in 1996 when he proved a mathematical conjecture by the German-born Alexander Grothendieck. Between 1958 and 1973, Labatut writes, Grothendieck convinced “the finest minds of his generation to … join his radical quest to unearth the structures underlying all mathematical objects”. Mochizuki and Grothendieck were both visionaries, and both ended by renouncing mathematics, the former becoming “completely unhinged” by “the ‘heart of the heart’, an entity Grothendieck had discovered at the very centre of mathematics …” What this entity might be, we are not told; but the narrator considers it a thing best kept firmly locked away in Pandora’s laboratory.

The second half of Labatut’s book is largely taken up with the struggle for supremacy in modern physics between Erwin Schrödinger and Heisenberg. In 1926 Schrödinger formulated an equation which describes, Labatut writes, “virtually the whole of modern chemistry and physics”; in violent opposition, Heisenberg developed the “uncertainty principle”, throwing the whole of modern chemistry and physics into doubt, and in the process invented quantum mechanics. There was a price, as Bohr, that crafty magus, foresaw: in philosophical terms, Bohr told Heisenberg that the uncertainty principle “was the end of determinism”.

No one fully understands quantum theory, since it makes no sense to our common sense minds; but it works, and is at the foundation of most of the significant advances in modern technology. Like Einstein, Schrödinger couldn’t be doing with it, and tried all his life to find ways to transcend it.

Which of them was right, Schrödinger or Heisenberg? Both were, possibly, and possibly both were wrong, also, in a world poised upon quanta. Their scientific heirs continue to search for the ToE, or Theory of Everything, a mathematical formula that will unite all five forces, from gravity down to the ties that bind subatomic particles; it is still the grail for physicists everywhere, but the light of that sacred vessel continues to be a tantalising flicker.

The Spanish title of Labatut’s book is Un Verdor Terrible – roughly, “A Terrible Greening” – and it is a pity some English version of it was not found. The book closes with the “night gardener” informing the narrator of the manner in which citrus trees die. At the end they produce a monstrous crop, when “their fruits ripen all at once, whole limbs break off due to their excessive weight, and after a few weeks the ground is covered with rotting lemons. It is a strange sight, he said, to see such exuberance before death.”

Labatut has written a dystopian nonfiction novel set not in the future but in the present. Has modern science and its engine, mathematics, in its drive towards “the heart of the heart”, already assured our destruction? As Grothendieck put it: “The atoms that tore Hiroshima and Nagasaki apart were split not by the greasy fingers of a general, but by a group of physicists armed with a fistful of equations.”

Yes, but mother nature, as we see in these times of pandemic, has her own ways of teaching us humility.

Contct us if you have any queries 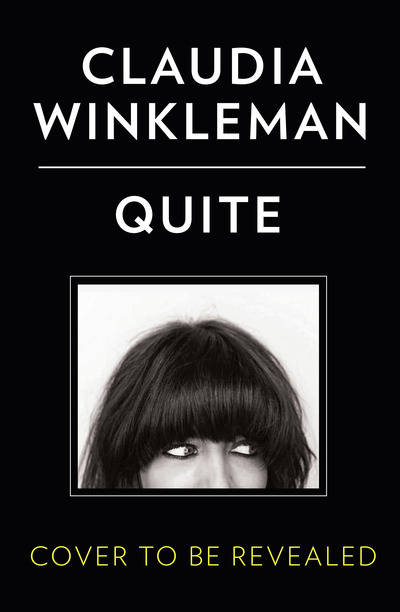 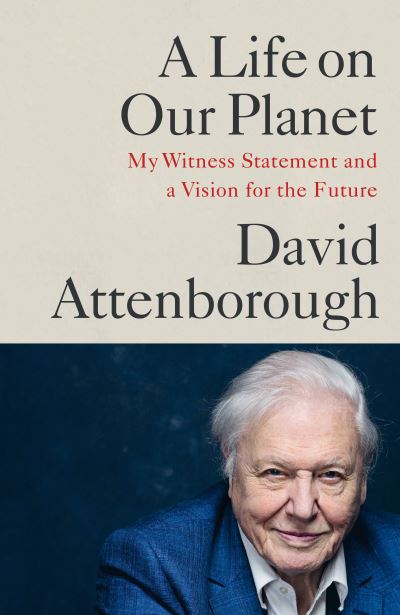 A Life on Our Planet : My Witness Statement and a Vision for the Future OME by David Attenborough
€20.00
Add to basket 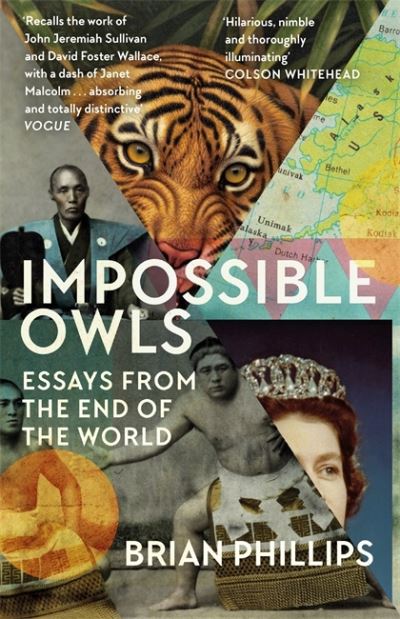 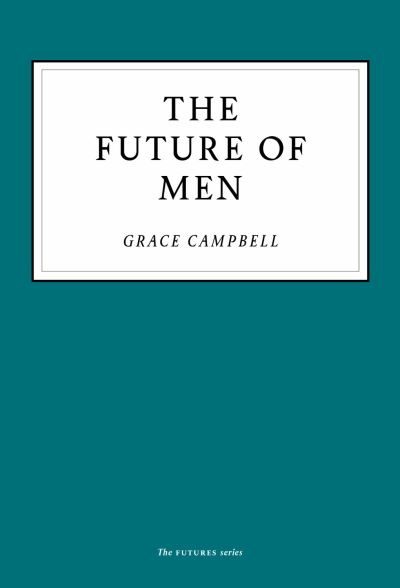 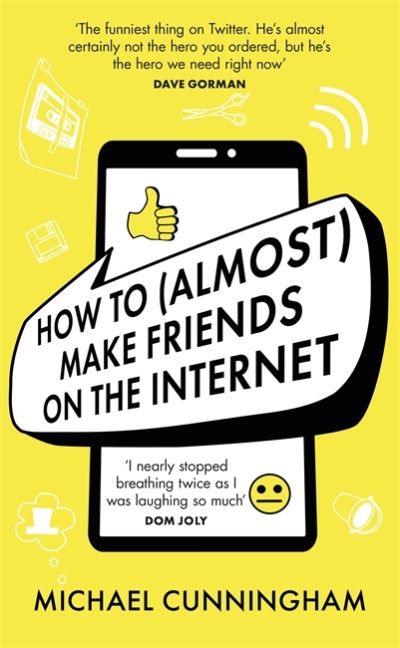 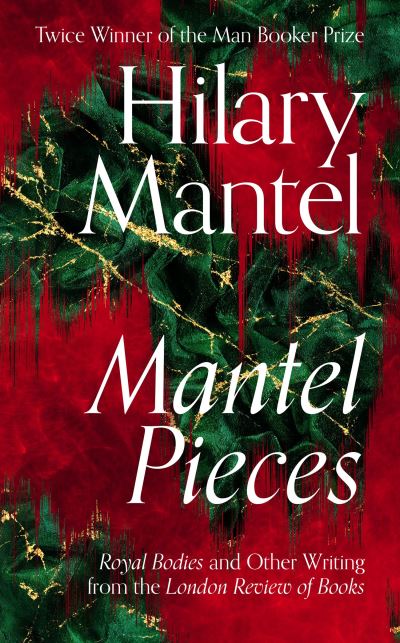